Representatives from Children’s Advocacy Centers of Illinois, Illinois Coalition Against Sexual Assault, and Prevent Child Abuse Illinois collaborated to create this resource site for educators, school administrators, and parents.  The site includes the background for how Erin’s Law came into being, what the law means for schools, and key components of effective child sexual abuse awareness and prevention education programs. The site also includes a directory of children’s advocacy centers (CACs) and rape crisis centers, some of which have prevention programs that they can provide to local school districts

What Will Erin’s Law Accomplish?


Erin’s law will educate children in public schools on sexual abuse prevention through age appropriate curriculum through role plays, discussions, activities, and books giving children the tools to speak up and tell if anyone has ever touched them inappropriately rather than keep it a secret.

Educating children on safe touch, unsafe touch, safe secrets, and unsafe secrets, how to get away and tell today. The same way we teach children on bully intervention, stranger danger, internet safety, and DARE yet we fail to give them a voice if someone is violating them. Unfortunately without being educated most children will be repeatedly abused for years because often the only message they get comes from their abuser threatening them into silence.

Erin’s mission is to shatter the silence and stigma around sexual abuse and educate children and empower them with their voice. Erin’s Law also requires educators to be trained on the prevention of child sexual abuse.  Erin’s Law has been passed in 7 states with 10 more introducing it. Erin Merryn is on a national crusade going state to state passing Erin’s Law with the mission to get all 50 states teaching it.

Who Is Erin Merryn? Erin Merryn is author of Stolen Innocence and Living for Today both memoirs about incest and rape.

Erin was raped and molested for six and a half years by a neighbor and a family member. Erin began a crusade her senior year of high school in 2004 to end the silence and shame around sexual abuse.

She puts a bright light and outspoken voice on the silent epidemic traveling the country giving inspirational and motivational speeches to thousands. She has made numerous media appearances including Oprah, Katie Couric, CNN, Good Morning America, Montel Williams, Jane Velez Mitchell, among others. She has appeared in People Magazine, Time Magazine, London Times, Glamour Magazine, Chicago Tribune, among others. She was named GLAMOUR magazine woman of the year for 2012.

People Magazine named her a Heroes Among Us. She is the force behind getting her own law passed called Erin’s law. A law she is going after getting passed nationally.

Her determination, ambition, and motivation keep her moving daily towards that direction. Her goal is to put sex offenders out of business and empower children with the voice she never had as a child. Erin earned her Master’s degree in social work from Aurora University in May 2009. 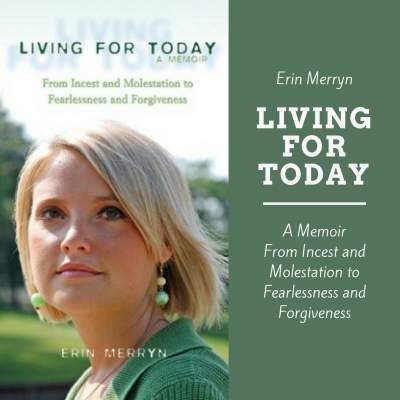